Easy handling for your version management 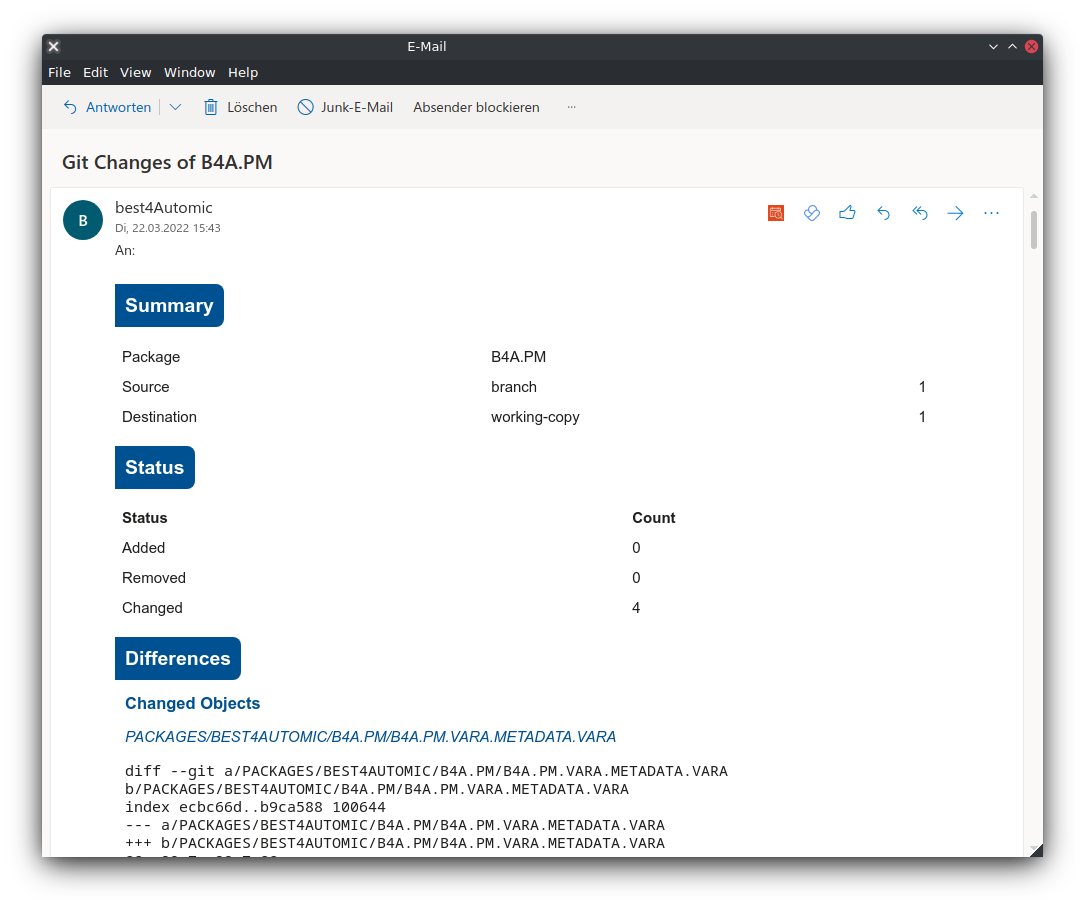 Our requirement for a Git integration? It must be easy to use and should not only store an entire client, but also contain my small or large release. It should also be possible to save different branches and development statuses. This is exactly what we have implemented with our Git Integration and this has already proven itself in several Automic Automation environments.

We also use our Git integration for our developments and the b4A packages and are certainly one of the harshest critics.

This Git integration completes the development cycle for you and creates more security in this way. Because with the Git Integration you can easily and with a few clicks, save the current development status, fix a problem in a current production version (without losing half-finished code or even putting it into production) and after the fix you can go back to developing the actual release. Less worries for you!

With b4A Git Integration, the following services are available:

Just one example from practice: With our b4A package for Git integration you not only get an easy way to save your current releases in a Git repository, you also get extensive information about changes.